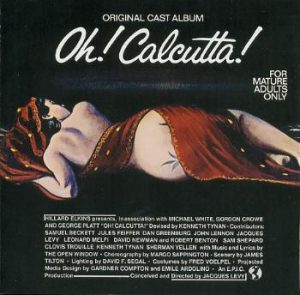 Oh!  Calcutta!  Original Cast Album (DRG Records CD-19035):  The music from the long running Broadway musical.  This famously bawdy review opened Off-Broadway in 1969 before moving to Broadway and then to a revival which ran for a record-setting 13 years.  Lyrics and music written by The Open Window (Robert Dennis, Peter Schickele, Stanley Walden) who also as the pit band performed and sang most of the music.  Warning:  although the recording does not make it obvious which performers are nude, it does still include several of those words that cannot be said on television.  Therefore it is not appropriate for children or the easily offended.

[5]  Clarence & Mildred (Stanley Walden)
One on One