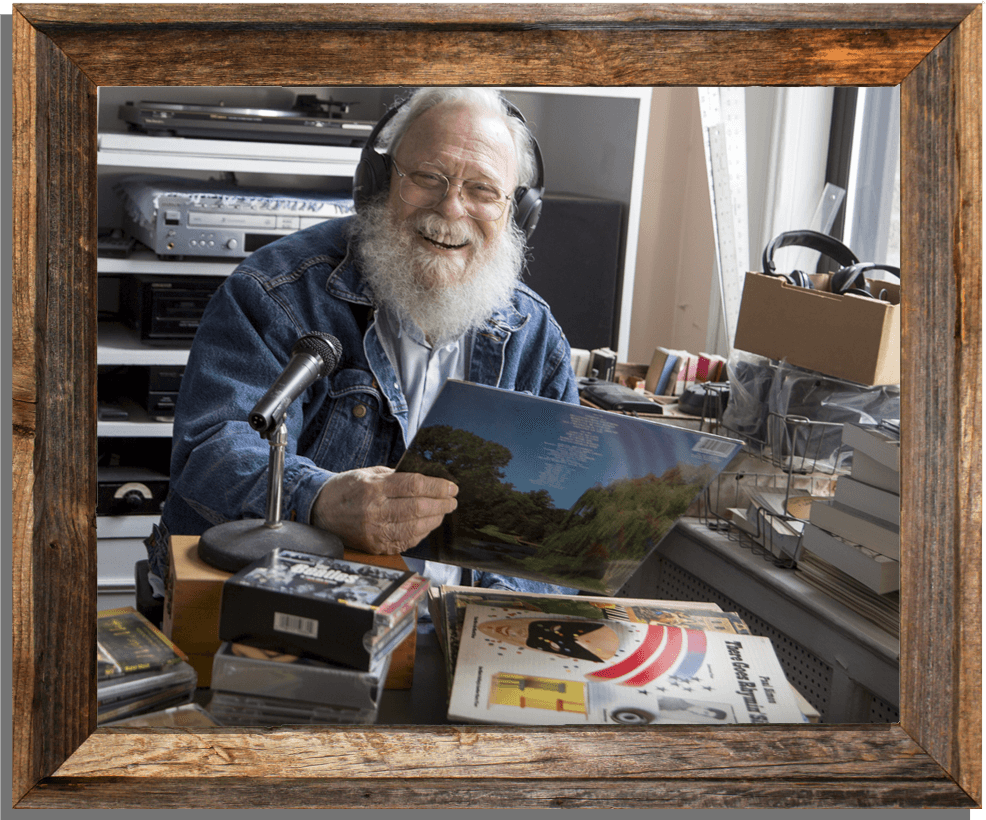 Under the tagline “Dedicated to the Proposition that All Musics are Created Equal,” or as Duke Ellington once said, “if it sounds good, it is good,” Schickele Mix celebrated music in all forms, without regard for boundaries of genre, geography, or time period. Each hour-long episode was organized around a theme (death, great octave leaps, animals, surprising rhythm changes). Schickele curated groupings of musical selections around each theme, drawing from his own record collection and the record library at Minnesota Public Radio, where he recorded the show. In any given episode, listeners might encounter bluegrass alongside Beethoven, James Brown, Hildegard of Bingen, traditional Bantu songs, or Balkan lullabies. Schickele provided convivial, insightful commentary along the way, highlighting commonalities across musical selections and sharing his affection for “the old, the new, the far-flung, the homegrown, the artsy, the fartsy, the uncategorizable.”

The show got its start when Schickele, on hiatus from performing, teamed up with Grammy and Peabody-award-winning audio producer Tom Voegeli (From the Top, The Splendid Table). The first Schickele Mix episode aired in January 1992. The show developed a devoted fan base, including many listeners unfamiliar with Schickele’s work as a composer and performer. Schickele and Voegeli created a total of 169 episodes; long after the last episode was produced in 1999, Schickele Mix rebroadcasts remained a staple of public radio station schedules across the country. After 810 weekly broadcasts, the show went off the air in 2007.

Schickele Mix was distributed by Public Radio International. The show won the Gold Award for Programming Excellence from the Corporation for Public Broadcasting and ASCAP’s prestigious Deems Taylor Award recognizing excellence in communications on the subject of music.

Episodes of Schickele Mix are not available online. Plans are in development to make select episodes available as podcasts.