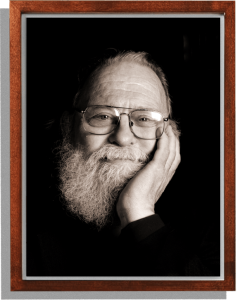 Composer, satirist, performer, recording artist, radio host—Peter Schickele is internationally recognized as one of the most versatile artists in the field of music. In 2015, the New Yorker hailed Schickele as “a latter-day Haydn…the one American composer whose name makes everyone smile.”

Schickele’s works, now well in excess of 100 pieces for symphony orchestras, choral groups, chamber ensembles, voice, movies and television, have given him “a leading role in the ever-more-prominent school of American composers who unselfconsciously blend all levels of American music.” (New York Times). Schickele’s Symphony No. 1 “Songlines” was premiered by the National Symphony under Leonard Slatkin and has since received performances by the New York Philharmonic, the Cleveland Orchestra, and other preeminent orchestras. His Symphony No. 2 “The Sweet Season” was premiered by the Saint Paul Chamber Orchestra under Stefan Sanderling. Select other commissions include the Concerto for Chamber Orchestra, performed at the OK Mozart Festival with Ransom Wilson conducting; New Goldberg Variations, performed by Yo-Yo Ma and Emanuel Ax; Lincoln at Ease, for narrator and orchestra, commissioned by the Louisville Orchestra under Jorge Mester; A Year in the Catskills for woodwind quintet, commissioned and recorded by the Blair Woodwind Quintet; New Century Suite, a concerto for saxophone quartet and orchestra commissioned by the New Century Saxophone Quartet; Music for Orcas Island, for the Orcas Island Chamber Music Festival; Blue Set No. 1, a jazz string quartet commissioned by the Greene Quartet; and Serenade for String Trio and String Quintet No. 2, premiered by the Armadillo String Quartet. Recent recordings of his work include Spring Forward by clarinetist David Shifrin and the Miró Quartet; The Household Moose by pianist Laura Leon; Concerto for Bassoon and Orchestra by George Sakakeeny and the Oberlin Orchestra, conducted by Raphael Jiménez; Schickele on a Lark, by the Lark Quartet; and String Quartet No. 1 “American Dreams,” Quintet No. 1 for Piano and Strings, and String Quartet No. 5 “A Year in the Country,” by the Audubon Quartet. The album Hornsmoke, featuring the title piece as well as Brass Calendar and other works for brass quintet, performed by Schickele and the Chestnut Brass Company, won a Grammy award for Best Crossover Classical Album in 1999.

Peter Schickele is acknowledged as the foremost classical music satirist of all time. He is the sole discoverer of work by the mythical Baroque composer P.D.Q Bach (1807-1742), the “pimple on the face of music” who has earned legions of fans across generations and continents. Schickele perpetrates the P.D.Q. Bach oeuvre through recordings, videos, publications, and theatrical concerts. For more than forty years, he appeared with orchestras throughout the U.S., Canada, and Australia, performing as his alter ego, music pathologist Professor Peter Schickele. A masterful entertainer, he gained renown for his dramatic entrances to concerts, his wry spoken introductions, and his viruososistic playing instruments such as the wine bottle, bicycle, and left-handed sewer flute. Schickele has recorded 17 albums of music by P.D.Q. Bach. He earned the Grammy award for Best Comedy Album every year from 1989 to 1992. His book The Definitive Biography of P.D.Q. Bach, published by Random House, is in its 11th print edition. 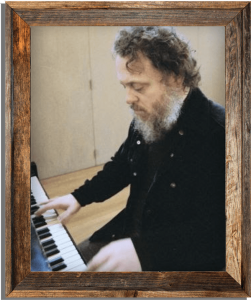 Peter Schickele is the creator of the beloved, award-winning, syndicated public radio program Schickele Mix. A longtime public radio listener favorite, Schickele Mix treated listeners to an eclectic blend of musical fare, in accordance with the Duke Ellington maxim, “if it sounds good, it is good.” Schickele Mix was heard nationwide on 160 stations during the fifteen years the program was on the air.

In the 1960’s, Peter Schickele arranged for Joan Baez, Buffy Sainte-Marie and other folk singers. His collaboration with Baez included Noel, her enduringly popular album of Christmas music from different eras. Schickele’s film credits include the scores for four feature-length films, among them the seminal sci fi thriller Silent Running starring Bruce Dern. He created the musical score for the film version of Maurice Sendak’s children’s classic Where the Wild Things Are, and arranged a musical segment for the Disney animated feature film Fantasia 2000. Schickele was one of the composer/lyricists for Oh, Calcutta, the longest-running revue in Broadway history.

Peter Schickele was born on July 17, 1935, in Ames, Iowa, and brought up in Washington, D.C. and Fargo, North Dakota.  He graduated from Swarthmore College, having had the distinction of being the only music major (as he had been, earlier, the only bassoonist in Fargo).  He studied composition with Roy Harris and Darius Milhaud, and with Vincent Persichetti and William Bergsma at The Juilliard School of Music.  He lives in New York City with his wife, poet Susan Sindall.