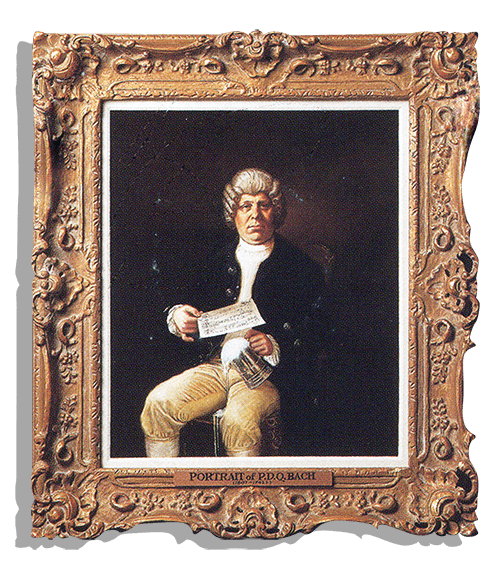 P.D.Q. Bach (1807-1742) is widely considered to be the most justifiably neglected composer in the history of music. Called “a manic plagiarist of the highest order,” “the most dangerous musician since Nero,” “that no-good, lyin’, cheatin’, wine-swillin’ buffoon,” and other things not quite so complimentary, P.D.Q. Bach distinguished himself in his lifetime by triumphing over the most staggering obstacle ever placed before a composer: an absolute and utter lack of talent.

P.D.Q. Bach was the last and the least of the great composer Johann Sebastian Bach’s twenty-odd children, and he was certainly the oddest. His father ignored him completely, setting an example for the rest of the family, and indeed for posterity. P.D.Q. was virtually unknown during his own lifetime; in fact, the more he wrote, the more unknown he became.

P.D.Q. Bach once said that his illustrious father gave him no training in music whatsoever. It is one of the few things he said that can be believed without reservation.  Having renounced music at the age of three, before he had shown any interest in it, it was not until he was well into his thirties that he began composing the works that were to catapult him into obscurity. 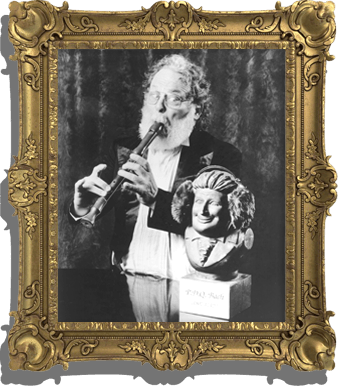 Despite his almost constant state of inebriation, P.D.Q. Bach managed to compose a large body of work. His ignominious oeuvre includes the Concerto for Piano vs. Orchestra, Variations on an Unusually Simple-minded Theme, Fanfare for the Common Cold, “Safe” Sextet, and The Short-Tempered Clavier: Preludes and Fugues in all the Major and Minor Keys Except for the Really Hard Ones. Equally reviled are Pervertimento for Bagpipes, Bicycle and Balloons, Iphegenia in Brooklyn, and the Missa Hilarious. His longer works include The Abduction of Figaro, a grand opera that bears an undeniable resemblance to all five major Mozart operas. The Concerto for Simply Grand Piano and Orchestra, premiered in 2016 by pianist Jeffrey Biegel, is the most recent piece by “the only dead composer who still accepts commissions.”

P.D.Q. Bach had many proclivities, and one of them was writing music for unusual instruments. P.D.Q. composed works for left-handed sewer flute, tromboon (a cross between a bassoon and a trombone with all the disadvantages of both), dill piccolo, and shower hose, among other items of debatable musical viability.  He is considered the foremost 18th century composer of work for bagpipe and chamber orchestra, and is the only composer known to have written for soprano proctophone. 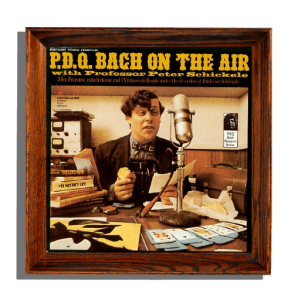 P.D.Q. Bach’s musical life has been divided into three creative periods: the Initial Plunge, the Soused (or “Brown Bag”) Period, and Contrition. The Initial Plunge was the period during which P.D.Q. Bach learned all that he ever learned about the craft of music composition; it lasted about six days. The middle period, most of which he spent face down in a gutter in Wein-am-Rhein, in the wine country of southern Germany, was by far the longest of the three. It was during this period that he emulated (i.e., stole from) the music of Haydn and Mozart with the greatest abandon.  It has been said that the only original places in his music are those places where he forgot how what he was stealing from went.  And, since his memory was even shorter than his sightedness, he was in point of fact one of the most original composers ever to stumble along the musical pike. P.D.Q. Bach possessed a singular prescience, stealing tunes not only from his contemporaries and predecessors, but also somehow anticipating melodies, including American pop songs, that would be written long after his death. P.D.Q. Bach spent the final period of his life, Contrition, trying to work off a monumental hangover, which the recent discovery of his skull indicated he may still have. 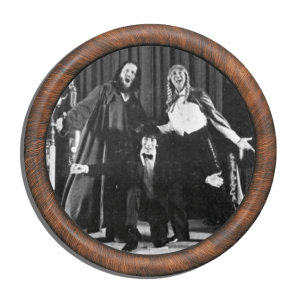 P.D.Q. Bach’s musical output probably would have followed him into oblivion had it not been for the zealous efforts, beginning in the latter half of the 20th century and continuing to the present day, of Professor Peter Schickele of the Department of Musical Pathology at the University of Southern North Dakota at Hoople.